Located on Albert Street, Stamford Plaza Auckland is one of the city’s premier hotels, offering extensive services and facilities. The 286 guest rooms include 15 suites, all with separate baths and showers. The complex also includes an indoor heated swimming pool, spa whirlpool and sauna, along with restaurants and a bar. 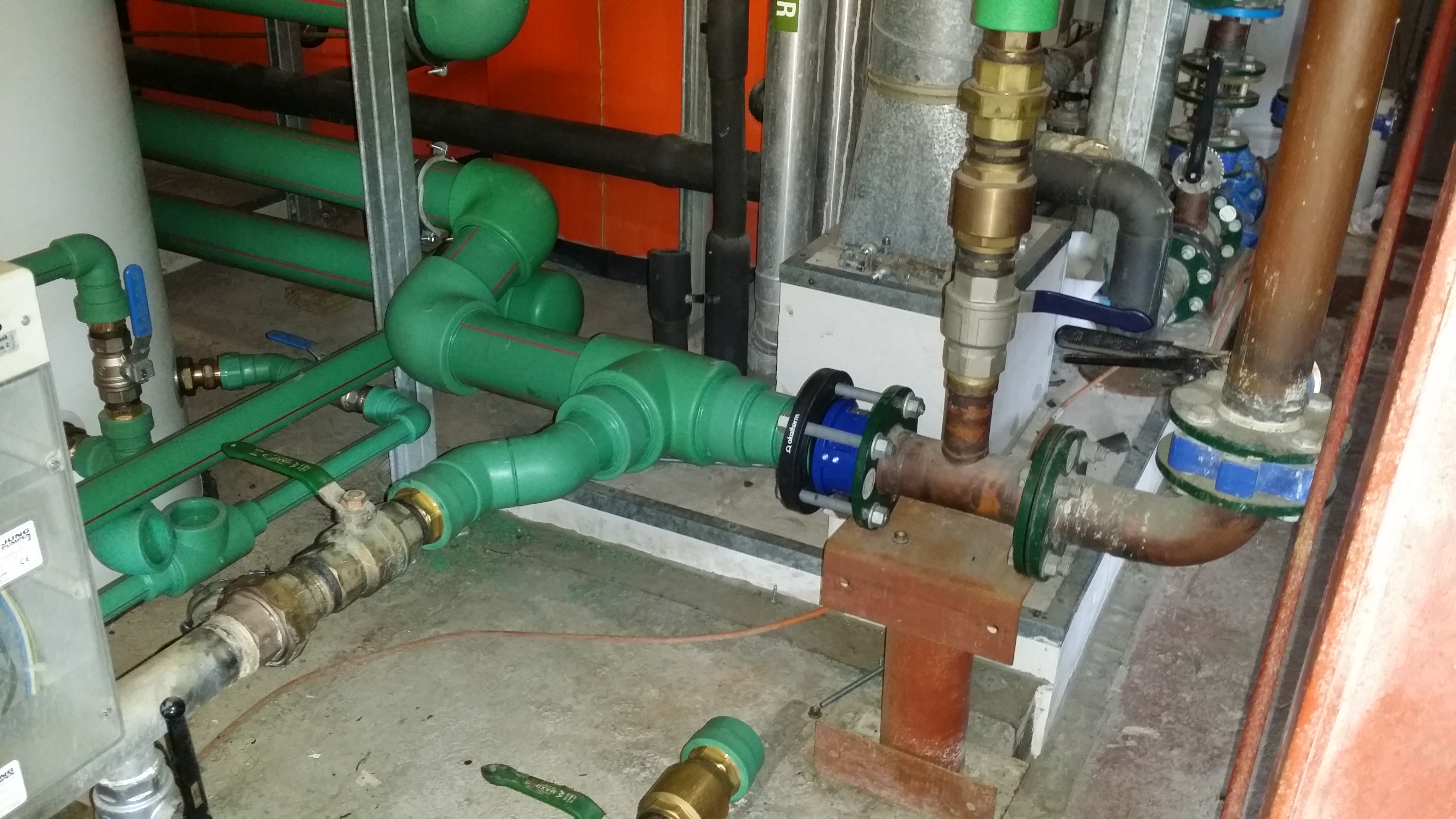 It takes a great deal of planning from the operations team to make sure the large hotel functions 24 hours a day, 7 days a week. When the old hot water system developed a number of leaks and was under-performing, the hotel management called in Topline Trade Services to help.

No room at the inn

When the Topline team arrived at the plant room located on the top of the hotel, they discovered a cramp space with a lot of equipment, much of it, surplus to requirements. The existing electric hot water system comprising of 3 x 2,000 litre tanks were in a bad state, with only two of the tanks   working, supplying the entire hotel with only 4,000 litres of hot water, rather than providing the ideal full capacity of 6,000 litres.

The plant room also held another much older system which had been used in the past for hot water for the laundry facility at the hotel. The system which had once heated 6,000 litres of water was now defunct, and taking up valuable room in the plant area.

The brief from the hotel management to replace the existing system might have appeared simple but there were a number of hurdles to overcome. The biggest being that the water supply to the hotel could not be cut off and the hotel needed continuous hot water while the project was taking place.

The first job for the Topline team was to dismantle the laundry hot water system. Using grinders and Gasex (gas cutters) they chopped up the tanks and removed the equipment from the plant room. Whilst this gave them more space to work in, there were other bigger problems to solve. Namely how to commission and install a 6,000 litre hot water system, ten levels up using lifts designed for hotel customers, not industrial equipment.

Topline came up with an inventive solution. Rather than installing 1 or 3 big tanks, they ordered 6 1,000 litre tanks which could be individually taken to the plant via the elevator. Before fitting the tanks and re-piping, they first covered the room with wefer film (polypropylene) to prevent any leaks.

During testing, both the old and new systems ran concurrently to ensure the hotel could function as normal. The Topline team had only a small window between the hours of 12 am and 3.30 am in the middle of the night to turn the water off while they were getting the new system on line.

Topline Operations Manager Willie Downie said, “The old system was literally on its last legs, and the hotel management were at a lost as to how to keep the operation going. They had briefed a number of suppliers on this project and none had come up with a resolution. We thought around the problem and came up with an innovative and cost effective way to solve the problem, with minimal disruption to the hotel.

Topline Trade Services installed a system that will take 6,000 litres of water from 12 degrees up to 65 degrees in 40 minutes. The entire project took 4-5 weeks, and the team will be making periodic visits over the next 12 months to make sure the system is running to its maximum capacity. For staff and guests at the Stamford Plaza, it’s business as usual.